We aim to make students aware of the cultural, historical and international dimensions of mathematics.

ISH sends teams of students to international competitions such as those organised by The International Schools Mathematics Teachers Foundation (ISMTF).
The aim  is to generate interest in and enthusiasm for mathematics among our students, work cooperatively and productively with their fellow team members and to enjoy themselves while solving or working out mathematical questions and theories. 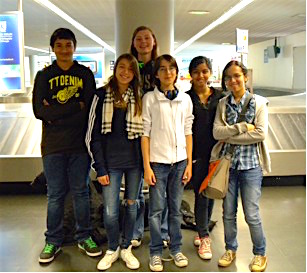 The International Schools Mathematics Teachers Foundation (ISMTF) organises a number of mathematical events throughout the academic year. Students from all over the Europe/North Africa region, challenge each other in Saturday competitions.

This year two teams of ISH 8th grade students travelled to the International School Basel for the Middle School Mathematics Competition. As quite a few schools arrived early the school had organised a treasure hunt around the city of Basel. Fortunately the sun was shining and an enjoyable afternoon was had by all while deciphering the clues and being creative in taking a picture at each location. Our creativity paid off as one of our photos came second in the photo competition. 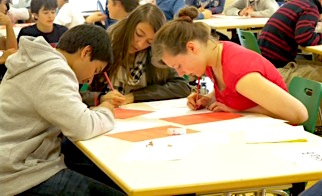 The questions were problem solving type questions based on topics covered in middle school mathematics that were both thought-provoking and interesting. While the questions required the students to think “outside the square” at times, both teams persevered and obtained commendable results. One team placed equal 25th and the other 29th out of 51 schools. 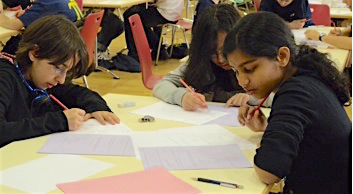 In order to give the students a chance to re-energise for the next day, they visited a Science/Mathematics interactive exhibition called Technorama. This proved to be a big hit since they were able to physically touch and play with the large number of displays on offer.

Sunday bought a new test with ”The Sunday Chase”. Students were arranged into teams of three, where no two students from the same school were in the same team. They were required to not only attempt ten unusual problem solving challenges but to also work with people that they had never met before. This was also a timed challenge so the winning team was the one who answered the most correct in the shortest time. Even though we did not have a member in the winning team, it was very pleasing to see all six of our students work cooperatively and productively with their fellow team members.
Overall, the students had an enjoyable time and were a credit to ISH

Our secondary school team had a fine performance in the international mathematics contest.  The three members of the ISH team came 18th out of 63 teams from all over Europe and North Africa.

Here are a couple of geometry questions which our team solved in about 10 minutes. 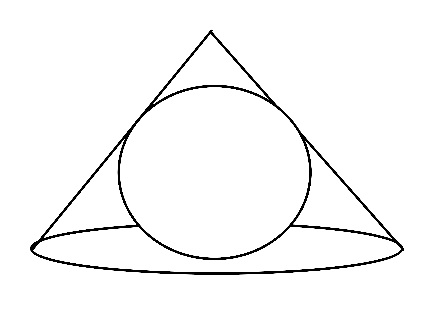 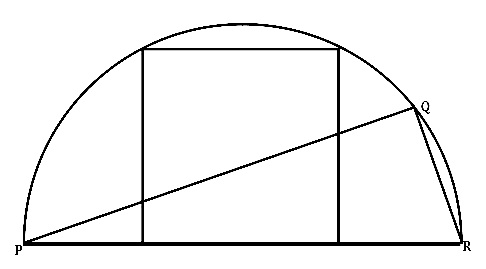 The radius of the semicircle is 1cm. The square has the same area as triangle PQR.   What is the length of PQ?