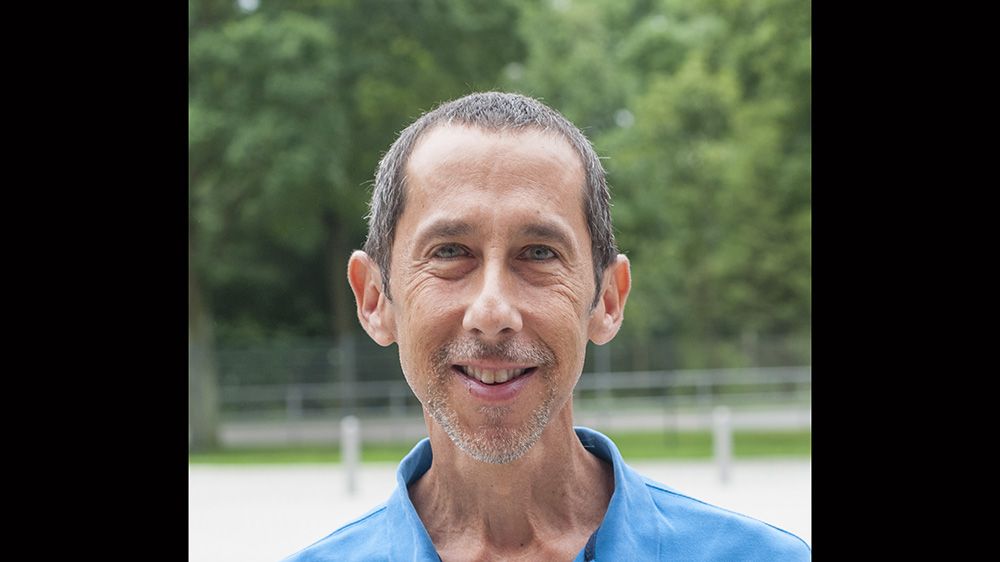 Dan Shiffman starts his day as early as five in the morning. He runs for about five miles, mostly in his neighborhood and along the Elbe. “It’s stunning!” he says.  Dan loves watching the light grow and fade from season to season. He claims he doesn’t think much when he’s running; it’s mostly his “me time,” but Dan is a very thoughtful man.

After working as a professor at Berry College in Georgia, where he taught American literature and English, Dan received a Fulbright Scholar award to teach at Osaka University in Japan. While in Japan, his family adjusted to a new culture and expat life. His children loved the international school they attended.  They had left their comfort zones in America and ventured out into the world. When his time at the university was up, Dan stayed on for his family.  Dan joined his first international school as a teacher and he’s never looked back.  After Japan,  Dan and his wife Jessica had their next teaching adventure in Tashkent, Uzbekistan before coming to ISH in 2015.

Dan does not just go through life. He picks up new hobbies and interests like playing drums. He thinks about it all, but he says the best way to record your line of thought, your questions and your answers, is to write. That way one can also discover what they’re thinking, what matters to them. That’s his advice to his students of English language and literature and aspiring writers:  Put down your thoughts and half-formed ideas, keep at it, whether your intension is to write for others or just to express yourself.

Dan is a writer himself.   He’s a published author with many articles and two books under his belt. Rooting Multiculturalism: The Work of Louis Adamic explores immigration and its implications today. “I became fascinated by a Slovenian immigrant to America who wrote about other immigrants and their impact on American life.”   His second book, College Bound: The Pursuit of Education in Jewish-American Literature, 1896 –1944, tackles the perception of how important education is for Jewish Americans, a topic that in his view needed to be explored in greater depth and complexity than it often is.   This topic interested Dan because his family is Jewish and, although he’s not a practicing Jew, he grew up among people who revered education.

Dan enjoys Hamburg very much.  He finds it to be a beautiful city with many things to do. He has made some new friends through the Tide Runners of Hamburg. This is a group that meets weekly in the evenings, runs for about 15 kms in different parts of the city and socializes afterwards.  Dan is quite happy to be teaching and running and thinking and writing in Hamburg.