"Education is at the heart of achieving your dreams" - Patrice Motsepe

Francesca is in the U.K.'s national women's Handball team!

This month ISH would like to feature Francesca, a student in Grade 11 who is a Handball player. Francesca, who is British-German joined the sport as a 4th grade student. She has since then, regularly trained twice a week at a german club here in Hamburg and as she got better and really good, she was picked to join Great Britain's Under 17 women's Handball team! Francesca, has already taken part in European Championships, once as Under 17 and is looking forward to the Under 19 championships to be held in 2019.

"It will require serious preparation of at least 18 months and discipline for me to be fit for the tournament in 2019," casually says Francesca, who has nothing casual about her as she talks about what it means to be a teenager in a national team, with lots of homework and studies to do.

So how does she manage?

For starters, Sport is her life! She was an avid swimmer and footballer and represented ISH falcons at the NECIS tournaments. She now trains every single day at the Hamburg Handball club. That in itself, is a motivator because she is well aware that if she is to carry on with her passion, she has to come home with good academic credentials. Yet, she places that pressure on herself. Her family is very supportive either way, and are always there to cheer her on in sports run-ups and tournaments.

Francesca admits that there is quite a bit of sacrificing her free time like missing out on the many social events that her friends frequent and having to balance her time by doing and submitting her homework and other school requirements in time, so that she has enough time to practice and train for her sports. "It's the only way I could manage to be in a national team," she says. 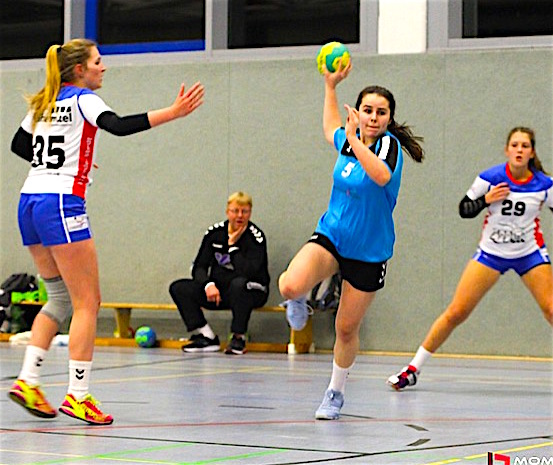 There's an advantage to be a multinational human being. She trains rigorously and regularly with her German team here in Hamburg, a team she says is way tougher than her British team. She then flies off to join her British team every month! Now that is real commitment. Two teams. So who are her supporters then, if she plays two teams? I asked her jokingly expecting a bit of a fumbled response.

"I am partly British and very proud to represent the U.K. in major tournaments. And my Hamburg team always supports me and watches all my U.K. matches. I have met and made good friends through sports and I enjoy traveling to the various countries for tournaments. I am able to do this through the support I get from my family, my friends at school and my team mates."